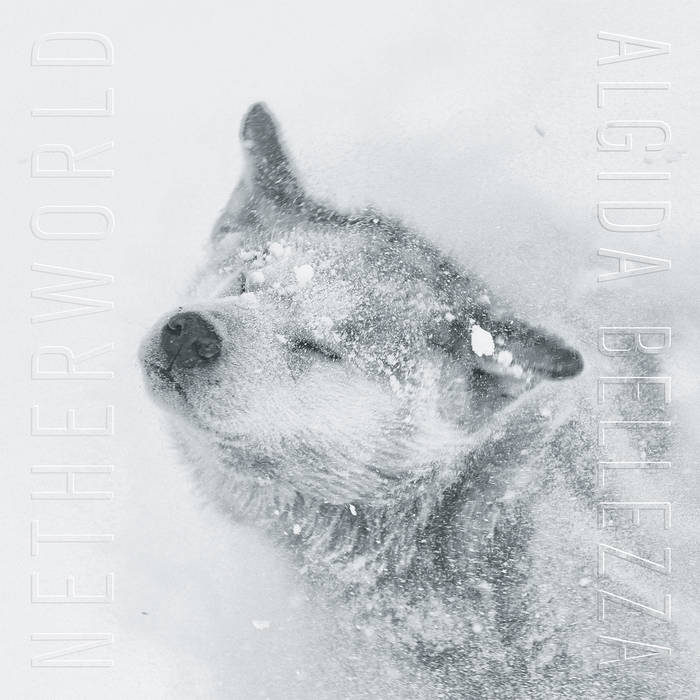 Danny Casson His best yet, in my humble opinion.
As a matter of fact, it’s one of the best of offerings on this label.

The year 2013 was very important for the recording career of the founder and artistic director of Glacial Movements, Alessandro Tedeschi aka Netherworld. 2013 represented the release of the album "Alchemy of Ice”, which received many positive reviews the music press internationally. In the following years the artist from Rome signed another work "Zastrugi" (2015) for the label’s Iceberg series devoted to techno / dub. Subsequently there was the album "Himuro" (2017), composed with Eraldo Bernocchi, musician and soundtrack composer, known for his work in the electronic music field and the European post-industrial music scene. So after a break of 6 years, Netherworld returns to publish the new ambient solo work: "Algida Bellezza". The source of inspiration refers to an event long awaited by the artist but far from the glacial themes; the birth of his daughter in November 2015. This work is completely dedicated to her. A very strong emotional impulse led the artist to compose the textures of the five songs on the album. The soundscapes were composed mainly during the night whilst the little princess was cradled in the arms of her dad. Only one instrument was used - the Roland VP9000 connected with a multi-effect rack. The tracks of the songs were then entrusted to the sound engineer and friend Matteo Spinazzè Savaris, who in addition to performing the final mixing and mastering, was also co-producer of the disc. Video directed by Uršula Berlot & Sunčana Kuljiš Gaillot.

The titles of the compositions refer to the Latin names of various animal species living in the arctic: Vulpes lagopus (Arctic Fox), Somniosus microcephalus (Greenland Shark), Orcinus orca (Orca), Monodon monoceros (Narwhal) and Ursus maritimus ( Polar Bear). Perhaps a parallel exists between the beauty, innocence and fragility of a newborn baby girl and that of the flora and fauna present in the fragile Arctic ecosystems? Netherworld's answer is in the soundscapes of "Algida Bellezza". The cover photo was taken in Greenland by photographer Carsten Egevang for the Qimmeq project. The project aims to show the importance of the Greenland sled dog – both in present-day Greenland and in the past. Carsten Egevang participates in the project as a photographer with special focus on documenting the use of the sled dog in today’s Greenland. Greenland holds the Arctic’s largest remaining sled dog population and a globally unique traditional dog sled culture. But both the sled dog and the culture that goes with it are threatened with extinction. The dog population has been reduced from 31 000 dogs twenty years ago to a present low of less than 15 000 and the situation is growing worse. Decreasing sea-ice cover due to climate warming and competition from snowmobiles is held responsible for the present alarming situation.

This work is completely dedicated to Ginevra, my sweet princess.