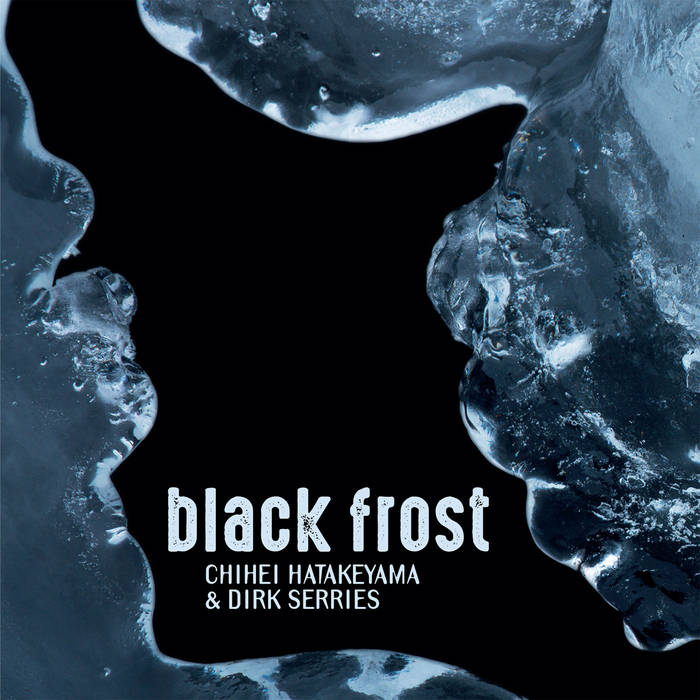 Four years after their initial collaborative debut, Chihei and Dirk return with a 2nd album that clearly solidifies their unique blend of ‘The Storm Of Silence’. An album that received worldwide praise. ‘Black Frost’ is that follow-up that expands their duo sound, made with electric guitars and various electronics,. Four new pieces embracing the Nordic theme of Glacial Movements once again : that of a secluded place equally desolate and beautiful. This is where Chihei Hatakeyama & Dirk Serries excel in.

The Belgian-based artist Dirk Serries has experimented with ambient music for 30 years. He released his earliest work behind the pseudonym vidnaObmana up to 2007 when he closed the book on this project (realizing an extensive discography). Other projects like Fear Falls Burning and his ongoing Microphonics series made him collaborate with several key-players like Steven Wilson, Justin K. Broadrick, Cult Of Luna and toured extensively on the sides of Jesu, MONO, Low, My Bloody Valentine and others. In October 2013 Dirk Serries re-booted his classic vidnaObmana ambient sound from the mid eighties/early nineties with releasing 3 albums on limited edition 180 gram vinyl. The pieces are unedited, live run-throughs meant to fill up a side of a vinyl record, released on the boutique Tonefloat:Ikon imprint. These 3 LPs were followed by a few digital-only releases on the same imprint.This series is to be continued. Dirk Serries returned last year to Projekt Records with The Origin Reversal, a further exploration in re-enstating of his classic vidnaObmana sound. This is ambient music that flows from its discreet origins: sonic purity, washes of harmony, and organic textures which slow time to a phase of transcendence. Disorientation Flow is the recent follow-up.He currently runs the Tonefloat’s New Wave Of Jazz vinyl/cassette imprint dedicated to his fascination and ongoing explorations in improvisation and free-jazz.

Chihei Hatakeyama is a sound artist and musician living on the outskirts of Tokyo. He has performed for years under his given name and also as one half of the electroacoustic duo Opitope, along with Tomoyoshi Date. Hatakeyama polychromes memory-evoking soundscapes with various recorded materials of electric, acoustic instruments such as electric guitars, vibraphone and piano. His releases is on Kranky, Room 40, Under The Spire, Hibernate Records, Magic Book Records, Home Nomal, OwnRecords And Spekk (As Opitope).."