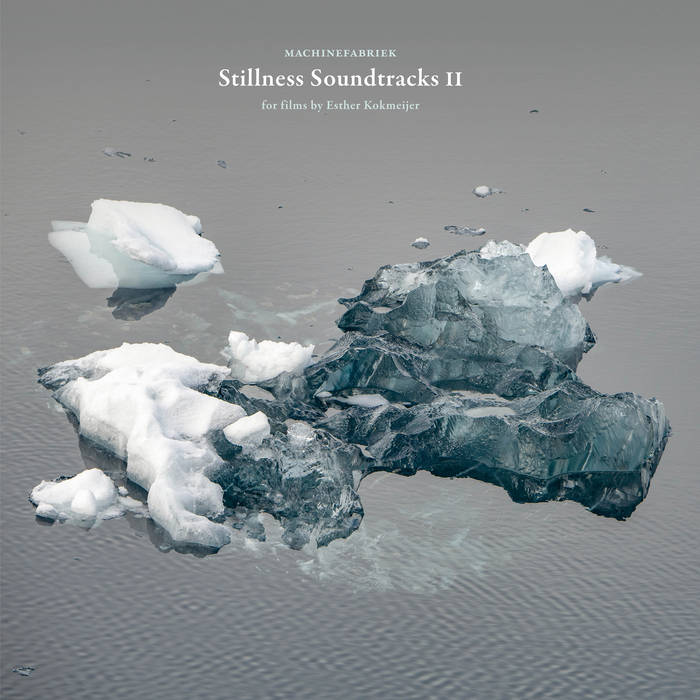 The friendship and collaboration between Rutger Zuydervelt (Machinefabriek) and Alessandro Tedeschi (label founder of Glacial Movements, has been going on for several years now and it is constantly evolving. The Dutch artist, in addition to carrying out the graphic designs of all Glacial Movements' releases, is also part of the label’s catalog with the album "Stillness Soundtracks" released in April 2014. Almost 6 years from its publication, here is the new musical tale of the fantastic journey in Antarctica by Esther Kokmeijer. When Esther Kokmeijer asked Rutger Zuydervelt (aka Machinefabriek) to score the second installment of her ‘Stillness’ video series, he didn’t have to think twice. After all, when working on its first volume, the duo found out soon enough that the images of floating icebergs and desolate sea scapes were a perfect fit with Rutger’s glacial sounds (as heard on ‘Stillness Soundtracks’). For that first set, the score was quite lively and layered, as if the music was adding a narrative to the static imagery, suggesting that things were unfolding outside of the screen. For the second ‘Stillness’ installment, the focus is more on what can be seen within the frame – an attempt to capture the solemness of the images – to find beauty, but also sadness in the mesmerizing quality of Esther’s films. This makes ‘Stillness Soundtracks II’ a more sombre and subdued album and one that’s a fitting soundtrack to these alarming times with climate change being a more serious threat than ever.
Esther Kokmeijer: “Stillness” depicts tranquil, gliding images of icescapes from the North and South Pole. I filmed these landscapes during my biannual visits to Antarctica as an expedition photographer. The meditative images invite reflection on the unparalleled beauty of this glacial ecology, which appears both vulnerable and resilient.”

Rutger Zuydervelt:
Trained as a graphic designer, Rotterdam's Rutger Zuydervelt started releasing as Machinefabriek in 2004. In 2006 he released his first official full-length album, 'Marijn', which was voted by the Wire as one of that year’s bests electronica albums. Since then, his discography has expended rapidly, releasing on international labels such as 12K, Staalpaat, Important, Experimedia, Type, Home Normal, Dekorder, and Glacial Movements. His improvised live performances has seen stages across the globe, including Japan, Canada, Russia, and Israel. Besides making albums and playing gigs, Zuydervelt regularly works with film makers and choreographers, as well as producing on installations.

Esther Kokmeijer:
Esther Kokmeijer is an artist, explorer, designer, and photographer, currently residing in Rotterdam and working around the globe. From 1996 until 2001 she studied graphic design at the ArtEZ Institute of the Arts. Between 2001 and 2008, she managed her own design studio, besides working as a (travel) photographer for magazines and newspapers. Since 2008 she has worked as an independent artist. For some of her projects, she collaborates with scientists and other professionals. In 2013 she studied Arctic and Antarctic Science, a minor at the Rijksuniversiteit Groningen (RUG). Since 2013 she also seasonally works as an expedition photographer and polar guide, sailing to the Arctic during the Arctic summer and to Antarctica during the Antarctic summer. Kokmeijer's work has been exhibited and published worldwide. For various projects, she had visited 84 countries. Furthermore, she has participated in art residency programs in The Netherlands, Indonesia, South Korea, Greenland, Antarctica, Spitsbergen, Germany, France, Mongolia, and China.