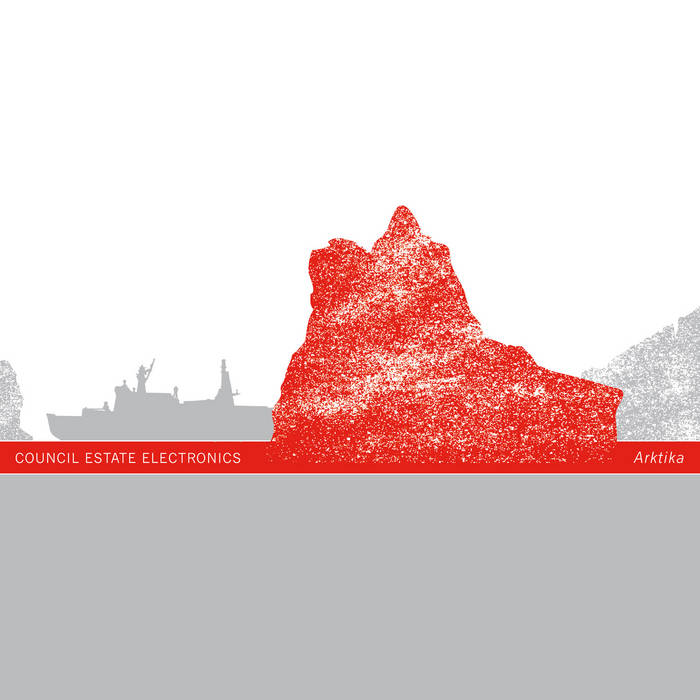 Nic Brown Justin Broadrick has upped his already hefty workrate in recent times. After reactivating legendary industrial metal pioneers Godflesh in 2014 following a six year hiatus, whilst continuing to work as a producer and record label owner, he has kept his hand in as a musician, most notably with Jesu, a combo that draws on genres as disparate as ambient, industrial and shoegaze and proves, if nothing else that there are more strings to his bow than those that produce and/or manipulate noise. Since 2008, Broadrick has been working with Diarmuid Dalton, raised on the same Birmingham council estate, to provide the locale with a musical as well as a geographical identity created from the music that inspired them as they were growing up (the wide blue yondery synth noodlings of Tangerine Dream; the proto-electronics krautrock of Kraftwerk and Cluster and early UK industrialists Throbbing Gristle) using only analog synths and electronics, perhaps with the intent of cramming music created with limitless expanses of space in mind (I'm not quite sure where Throbbing Gristle fit into my theory but I'll run with it anyway) into the maze of Birmingham's narrow streets and back alleys and see how and if it evolved. The result? "Arktika" isn't a noise album, nor does it rely as heavily on dub as say, a Kevin Martin production but both are prevalent in enough quantity to make me think that whatever backstory Broadrick had come up with, "Arktika" would have been relatively similar to much of his non-Godflesh output, but with the emphasis very heavily on electronics. I have to say, the thought of a more musically diverse, less lugubrious Scorn (the best parallel I could come up with at short notice) sits uneasily with me (let's face it, dub and noise are as compatible as Lady Diana and a red-headed milkman) but despite its relative lack of aggro it's a fascinating musical document that couldn't have been made anytime but now. Cameron exits the stage making way for that shifty, 8-faced, wouldn't trust him with all the bargepoles on the planet, poor-despising, buffoon yes, loveable one ... well if you've fallen for that shameful cabaret act you'd believe Coldplay deserved reprieve from crimes against music, while across the pond an openly racist and corrupt powermonger whose best idea for defeating the cocaine barons flooding his insular, inbred, indefensible shambles of a country is to build a fucking great wall across the border rivals building glass houses with brick windows (I mean the coke cartel foot soldiers only outnumber US law enforcement officers by a mere 14,000 to one), Council Estate Electronics, despite them being entirely instrumental are an absolute necessity. Buy "Arktika" because it makes you think deeply about what could have been and what might still be averted, maybe to the point of dispelling voter apathy. Buy it too because it's bloody good music. Favorite track: Urals.

Ari Myllyperkiö Just perfect for the listeners of JKflesh and final Right in the midle! and everyone else who is interested in slow ambient with pulse!

The original concept for COUNCIL ESTATE ELECTRONICS was for Justin K Broadrick (Godflesh, Jesu, Final, JK Flesh, Techno Aniamal, Pale Sketcher) and Diarmuid Dalton, via analog synths and electronics, to pay tribute to the synthesizer music they were influenced by in their youth : Tangerine Dream, Throbbing Gristle, Kraftwerk, Cluster, etc. Set to the imagery and geography of the council estate in Birmingham in which they were both raised; Shard End and the surrounding areas. Once the duo set to work on the music they found other influences seeping in - seventies dub like King Tubby, Scientist, etc and early dub techno founders Basic Channel, Maurizio, Chain Reaction label, etc, thus expanding the sound palette and the geographical environment that was to be the theme for the project.

The Arktika, launched in St Petersburg, is the first of a new class of ships known as Type LK-60YA, ordered by Russian state nuclear agency Rosatom (eventually there will be three vessels). Its task will be to smash a path through the ice of the Northern Sea Route. Raw power counts for a lot in icebreaking, and by bringing 80,000 hp (60 megawatts) to bear, Arktika will be able to break through floating ice almost ten feet thick. The icebreaker will lead convoys along a route that otherwise would be impassable.